NASA’s Space Launch System, or SLS, is
an advanced launch vehicle for a new era of
exploration beyond Earth’s orbit into deep space.
SLS, the world’s most powerful rocket, will launch
astronauts in the agency’s Orion spacecraft on
missions to an asteroid and eventually to Mars,
while opening new possibilities for other payloads
including robotic scientific missions to places like
Mars, Saturn and Jupiter.
Offering the highest-ever payload mass and volume
capability and energy to speed missions through
space, SLS will be the most powerful rocket in
history and is designed to be flexible and evolvable,
to meet a variety of crew and cargo mission needs 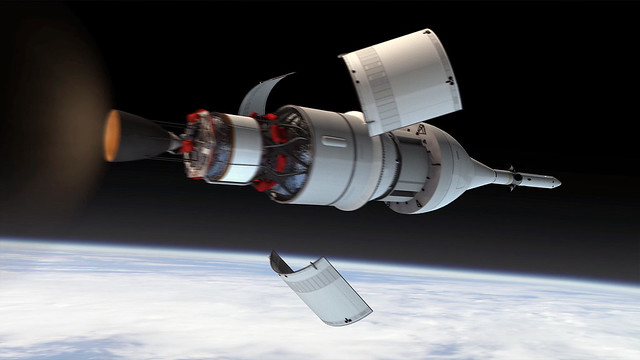 In early December, NASA will take an important step into the future with the first flight test of the Orion spacecraft — the first vehicle in history capable of taking humans to multiple destinations in deep space. And while this launch is an un-crewed test, it will be the first peek at how NASA has revamped itself since the end of the Space Shuttle Program in 2011.

While the space shuttle achieved many ground-breaking accomplishments, it was limited to flights in low-Earth orbit (approx. 250 miles high). Its major goal, over the program’s last 10 years, was to launch and assemble the International Space Station, where the risks and challenges of long duration human space flight can be addressed and retired. With the ISS construction complete, NASA is in the process of handing over supply and crew transportation missions to private industry, so NASA can focus on what’s next – deep space exploration. And this first flight test of Orion is a significant milestone on the path to get there.

The flight itself will be challenging. Orion will fly 3,600 miles above Earth on a 4.5-hour mission to test many of the systems necessary for future human missions into deep space. After two orbits, Orion will re-enter Earth’s atmosphere at almost 20,000 miles per hour, reaching temperatures near 4,000 degrees Fahrenheit, before its parachute system deploys to slow the spacecraft for a splashdown in the Pacific Ocean.

While this launch is an important step to taking humans farther than we’ve ever gone before, it is important to note that it also reflects the fact that, after 30 years of space shuttle missions dominating its human spaceflight activities, NASA has reevaluated everything – from its rockets and launch facilities to how it designs and manages its programs. With the Orion spacecraft, NASA wanted to develop a vehicle that could fly for decades with the flexibility to visit different destinations and safely return astronauts to Earth as the nation’s exploration goals evolve. As capable as the Apollo capsule was, the longest round trip mission to the Moon took 12 days. Orion is designed as a long-duration spacecraft that will allow us to undertake human missions to Mars – a two year round trip. In addition, NASA built enough capability into Orion so there is no need for redesign, or to start up a new program, as new destinations are identified.

Innovation and flexibility are also evident with the ground infrastructure. At Kennedy Space Center (KSC) in Florida, NASA has eliminated the ground systems and launch pads that were built specifically for the space shuttle. They have developed a “clean pad” approach that can be used by a variety of launch vehicles. The new streamlined infrastructure will be much more cost-efficient, reducing the time for on-the-pad processing from 30 days, the space shuttle’s timeline, to just five to six days.

The key to launching Orion on deep space exploration missions is NASA’s new “super rocket.” Known as the Space Launch System (SLS), it will be the most powerful rocket in history. The enormous power of the SLS will provide the capability to go farther into our solar system than humans have ever gone before. It will enable launches to other planets in less than half the time of any existing rocket. And, like Orion and the new ground systems at KSC, it is designed to be flexible and evolvable to meet a wide variety of crew and cargo mission requirements.

Through the development of the SLS and Orion, NASA has learned many lessons on how to streamline the design to make it more affordable than past systems. For the early missions, SLS will use heritage space shuttle hardware for the liquid engines and solid rocket boosters. Also, instead of initially building the “full-up” SLS, NASA has designed it to evolve by planning upgraded upper stages and boosters that future missions will require in the 2020’s and 2030’s. These innovations have allowed SLS to stay on a relatively flat budget throughout its design phase. 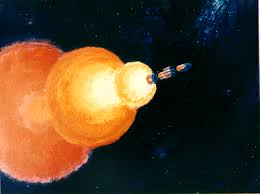 Even the way NASA manages its programs has been revamped. The Agency’s management structure for systems engineering and integration has been streamlined to increase communication and enhance decision-making. Strong communication has led to increased precision, and the potential cost avoidance is close to $100 million per year. Evidence of these savings can be seen in the successful completions of Preliminary Design Reviews for Orion, SLS and KSC ground systems.

As a nation, the U.S. has not sent crews beyond low Earth orbit since the last Apollo crew walked on the Moon in 1972. With Orion and SLS, America will have the fundamental capabilities to support missions taking the next steps into deep space, and with innovation and flexibility at the foundation of these programs, NASA is building a “Highway” for deep space exploration that will be sustainable for decades to come.