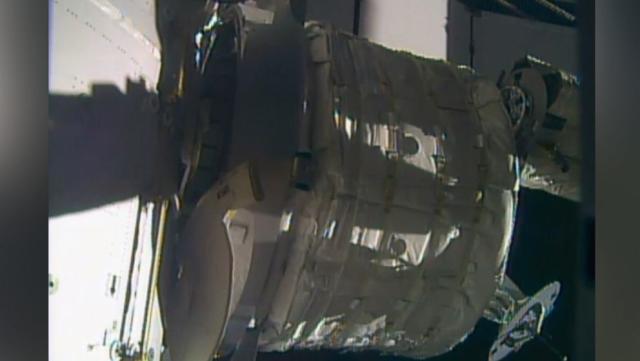 A giant inflatable room that astronauts may one day use to live on Mars has successfully been deployed at the International Space Station where it is set to undergo a two-year test.

The Bigelow Expandable Activity Module, called BEAM for short, is a first-of-its-kind inflatable habitat that was carried to the ISS on the SpaceX Dragon. Astronauts spent four hours installing the giant fabric room on Saturday, attaching it to the station’s Tranquility module.

Sensors inside BEAM monitor temperature and radiation changes, along with how it fares against potential orbital debris.

Over the course of a two-year experiment, astronauts will enter BEAM for several hours at a time to collect data and assess conditions inside the room. During that time, NASA plans to keep the airlock between BEAM and the space station closed. If punctured, BEAM is designed to slowly compress, ensuring that it does not pose any danger to the space station.

“When we’re traveling to Mars or beyond, astronauts need habitats that are both durable and easy to transport and to set up. That’s where expandable technology comes in,” NASA said in a blog post. The idea was first conceptualized by NASA in the 1990s and was built by Bigelow Aerospace.

One final key part of BEAM: It’s designed so astronauts should be able to easily pack it up when they’re finished.

A giant addition that one day may be used to support life on Mars has been deployed and is set to undergo a two-year test.It will be expanded to 5 times its size » 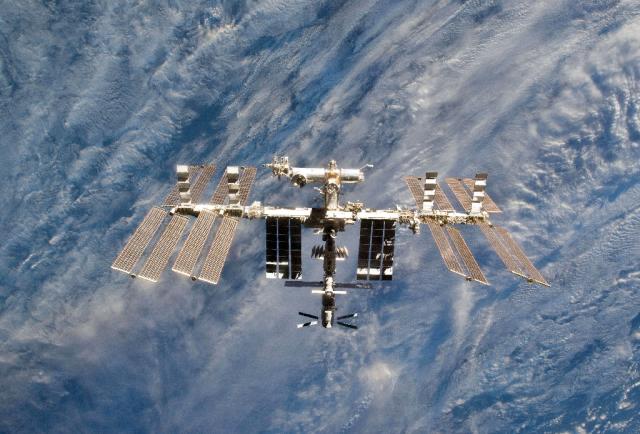 In this frame taken from video from NASA TV, the SpaceX Dragon cargo ship is captured by a robot arm from the International Space Station, Sunday April 10, 2016. A SpaceX Dragon cargo ship arrived at the International Space Station on Sunday, two days after launching from Cape Canaveral, Florida. Station astronauts used a big robot arm to capture the Dragon, orbiting 260 miles above Earth. (NASA TV via AP)

CAPE CANAVERAL, Fla. (AP) — SpaceX has made good on a high-priority delivery: the world’s first inflatable room for astronauts.

The Dragon holds 7,000 pounds of freight, including the soft-sided compartment built by Bigelow Aerospace. The pioneering pod — packed tightly for launch — should swell to the size of a small bedroom once filled with air next month.

It will be attached to the space station this Saturday, but won’t be inflated until the end of May. The technology could change the way astronauts live in space: NASA envisions inflatable habitats in a couple decades at Mars, while Bigelow Aerospace aims to launch a pair of inflatable space stations in just four years for commercial lease.

For now, the Bigelow Expandable Activity Module — BEAM for short — will remain mostly off-limits to the six-man station crew. NASA wants to see how the experimental chamber functions, so the hatch will stay sealed except when astronauts enter a few times a year to collect measurements and swap out sensors.

This is SpaceX’s first delivery for NASA in a year. A launch accident last June put shipments on hold.

SpaceX flight controllers at company headquarters in Hawthorne, California, applauded when the hefty station arm plucked Dragon from orbit. A few hours later, the capsule was bolted securely into place.

“It looks like we caught a Dragon,” announced British astronaut Timothy Peake, who made the grab. “There are smiles all around here,” NASA’s Mission Control replied. “Nice job capturing that Dragon.”

SpaceX is still reveling in the success of Friday’s booster landing at sea.

For the first time, a leftover booster came to a solid vertical touchdown on a floating platform. SpaceX chief executive Elon Musk wants to reuse boosters to save money, a process that he says will open access to space for more people in more places, like Mars. His ambition is to establish a city on Mars.

NASA also has Mars in its sights and looks to send astronauts there in the 2030s. In order to focus on that objective, the space agency has hired U.S. companies like SpaceX to deliver cargo and, as early as next year, astronauts to the space station. U.S. astronauts currently have to hitch rides on Russian rockets.

In a sign of these new commercial space times, a Dragon capsule is sharing the station for the first time with Orbital ATK’s supply ship named Cygnus, already parked there two weeks. This is also the first time in five years that the compound has six docking ports occupied: Dragon, Cygnus, two Russian Progress freighters and two Russian Soyuz crew capsules.

The Dragon will remain at the station for a month before returning to Earth with science samples, many of them from one-year spaceman Scott Kelly. He ended his historic mission last month. Cygnus will stick around a little longer.

by staff
For the first time ever, researchers have spotted a white dwarf surrounded by an atmosphere of mostly oxygen. A star of this kind, a super-dense dead star with an oxygen atmosphere, had never been seen before, though astronomers had speculated that one might exist. Such a unique finding could change how we think about the evolution of stars and what happens when these stellar objects die.

“IT WAS COMPLETELY NOT EXPECTED.”

To find this unique zombie star, an international team of researchers looked through data from the Sloan Digital Sky Survey — a project that measures the colored lines of light coming off of objects throughout the universe. These lines, called spectral lines, can tell astronomers what types of elements make up a star’s atmosphere. Using this data, the researchers found that one particular white dwarf, with the eloquent name ­­SDSS J124043.01+671034.68, didn’t have any hydrogen or helium in its atmosphere; its surrounding air was instead almost pure oxygen.

“It was completely not expected for a star with a low mass like our star,” said study author Kepler Oliveira, an astronomer at the Federal University of Rio Grande do Sul.

The finding is so surprising because it doesn’t quite fit with our current understanding of what stars look like when they die. Typically, when a star like our Sun runs out of fuel, it starts collapsing. As the star becomes more compact, it heats up, causing its outer layers to expand more than 100 times the star’s original size. Eventually those outer layers are lost and only the core of the star remains — the faint white dwarf.

“It’s the same reason that panning for gold works,” said Andrew Vanderburg, an astronomy graduate student at Harvard University, who was not involved in the study. “If you have gold and sediments in water, the gold is heavier so it’ll sink to the bottom, but the sediments are lighter, so they’ll stay at the top.”

SOME KIND OF EVENT CAUSED THE HYDROGEN AND HELIUM TO DISAPPEAR

The fact that no hydrogen and helium are seen in the atmosphere of the white dwarf in question is puzzling. It means some kind of event has caused the two elements to disappear, making oxygen the lightest element in the star’s atmosphere. But the researchers aren’t sure what kind of event that was, as they’ve never considered it before. “We don’t make models of things we don’t know exist,” Oliveira said. “But now that we know this star exists, we have to calculate the model for it.”

One possible explanation for the lack of helium and hydrogen is that the star experienced a giant thermal pulse when the object was a red giant, and that intense explosion stripped away all the lighter elements. Another possible scenario is that the star was actually part of a binary system. The stars may have merged together, causing an explosion that ejected the hydrogen and helium. These ideas are only loose theories, though. “We don’t have a calculation that shows [a binary merger] happened, but that’s the only explanation that I can think of,” Oliveira said. “It must have come from a binary system.”

The researchers will work to figure out what happened to this star, but in the meantime, the white dwarf’s discovery is a significant find for the astronomy community. “It’s a new class of star,” said Vanderburg. “We don’t understand how it formed, but this is the kind of thing that pushes our field forward, and who knows where it will take us.”