Source: Royal Saskatchewan Museum (RSM/ R.C. McKellar)
The tip of a preserved dinosaur tail section, showing carbon film at its surface exposure, and feathers arranged in keels down both sides of tail.

It is rare to find a feather attached to a dinosaur’s body in an amber sample, and it supports the position among researchers that many dinosaurs had feathers rather than scales, like the birds that have descended from them.

The study’s lead author, Lida Xing of the China University of Geosciences in Beijing, found the unusual specimen at an amber market in Myanmar in 2015, and urged the Dexu Institute of Palaeontology to buy the piece after recognizing its potential scientific importance.

The team used a CT scan to peer into the fossil, finding that the long and flexible nature of the tail meant it had to belong to a dinosaur, not a bird.

The tail belonged to a dinosaur called Coelurosaur — a dinosaur about the size of a small bird, from the same theropod group of dinosaurs as Tyrannosaurus rex. Despite the feathers, the dinosaur was not able to fly, providing more evidence for the contention that plumage originally began popping up on animals for reasons other than flight — such as for camouflage or attracting mates.

Amber is fossilized tree sap, and it acts as a kind of resin that can preserve organic matter that would otherwise be lost.

“Amber pieces preserve tiny snapshots of ancient ecosystems, but they record microscopic details, three-dimensional arrangements, and labile tissues that are difficult to study in other settings,” one of the study’s authors, Ryan McKellar of the Royal Saskatchewan Museum in Canada, said in a news release. “This is a new source of information that is worth researching with intensity and protecting as a fossil resource.”

An artist’s concept of “Planet Nine”NASA

Just in time for summer movie season comes news that something huge is lurking out there at the edge of the solar system. It’s really big. It’s never before been detected. It’s warping gravity fields.

No, it’s not the latest Michael Bay disaster-fest or the mothership from “Independence Day.” It’s not the hypothesized Planet 9 that everyone was talking about a little over a year ago. Probably it’s another planet. Or maybe that mothership.

Back in 2016, the Internet was all atwitter with the news that astronomers believed they had located another planet at the edge of the solar system. Planet 9, as they called it, was discovered through a study of disturbances in the orbits of Sedna and other less-than-planet-size objects out there in the vicinity of Pluto (which was a planet when most of us were kids and now isn’t).

This area is known as the Kuiper Belt. Astronomers, who don’t like to waste mental energy deciding what to call things they study, have a name for objects in the Kuiper Belt: Kuiper Belt Objects. It is through modeling the movement of these KBOs (see what I mean?) that the search for Planet 9 has proceeded. Nobody has seen Planet 9 yet, even with the most powerful telescopes, although with the help of millions of citizen astronomers, researchers have narrowed the field of possible suspects.

Anyway, it turns out that Planet 9 is not the only massive object out there warping the orbits of the KBOs. According to soon-to-be-published research by Kat Volk and Renu Malhotra of the University of Arizona, there’s another one. It’s called . . . well, it doesn’t have a name yet, but we can make a good guess.

Malhotra has such a nice way with an explanation that she could play the scientist in the movie version:

“Imagine you have lots and lots of fast-spinning tops, and you give each one a slight nudge . . . If you then take a snapshot of them, you will find that their spin axes will be at different orientations, but on average, they will be pointing to the local gravitational field of Earth.”

“We expect each of the KBOs’ orbital tilt angle to be at a different orientation, but on average, they will be pointing perpendicular to the plane determined by the sun and the big planets.”

Only the angles are wrong. They’re warped in a slightly different direction, as they would be if the gravity of another planet were affecting them. But Planet 9, wherever it is, would be too far away to have the effects they have found. So there is almost certainly another mass out there. (The researchers estimate only a 1 percent to 2 percent possibility that the measurements represent a statistical fluke.)

You don’t have to be a science nerd to be fascinated. You can be a garden-variety sci-fi fan. Or you could just happen to like disaster movies.

The researchers tell us that these unseen planets are rogues. At some point they wandered into the solar system, and were captured by the gravity of Sol, our puny little sun. Now they’re stuck in orbit, messing with our calculations.

Maybe. But maybe not. Let’s sit back and don our 3-D glasses and grab a handful of popcorn (or perhaps don our foil hats) as we take a moment to consider a more sobering possibility. Here’s the thing to remember about rogue planets: They’re not just wanderers; they can be destroyers, too. Simulations tell us that some 60 percent of rogue planets that enter the solar system would bounce out again. But in 10 percent of cases, the rogue will take another planet along as it departs.

Just like that, Neptune is gone. Or Mars. Or, you know, us.

Tell me that’s not a weapon of interstellar war. (OK, fine, the capture of another planet would take hundreds of centuries. So it’s a weapon of war for a very patient species. Or one that perceives time differently. But how do we know it’s not already happening? Anyway, never mess with the narrative!)

And there’s something else for the sci-fi paranoiac to chew on along with the popcorn. The sequence. In early 2016, astronomers find a disturbance in the Kuiper Belt Objects and think “planet.” Fine, natural phenomenon. Then this year, they find another disturbance and think “another planet.” Fine, natural phenomenon. Then how is it that we never noticed before? Maybe the disturbances are . . . recent. So if by chance we’re soon told of a third disturbance, then by the James Bond theory of conspiracy it’s enemy action.

Cue heavy overdone music. Cue our most powerful weapons having no effect. Cue a broken family trying to reunite. Cue Roland Emmerich. I mean, somebody’s got to make this movie, right? I’ll be there on opening day. 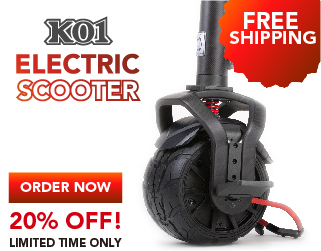