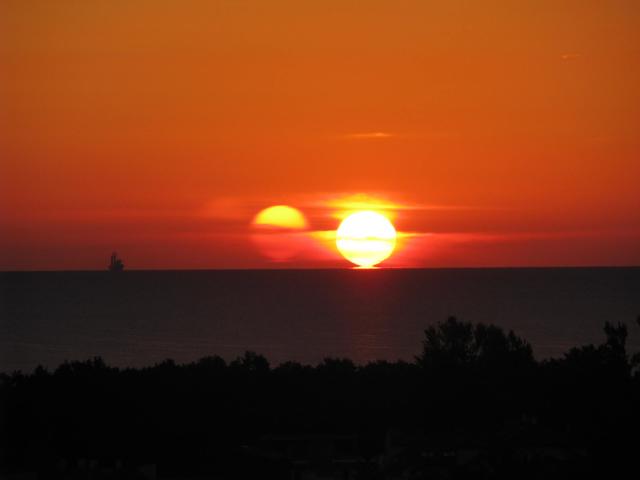 This year, a Christian conspiracy theorist has made an alarmingly specific prediction – not only is the world about to end, doomsday is scheduled for September 23.

David Meade, author of ‘Planet X – the 2017 Arrival’, claims that a mysterious planet – ‘Nibiru’ – from the outer solar system will become visible on Earth on that date.

Soon after that, the planet (along with a shower of other debris) will smash into Earth, killing much of the human race in October – except for government employees who will (of course) flee into underground bunkers.

Meade writes, ‘Why do we have over 100 Underground Deep Bunkers throughout the U.S.

‘Why are critical government infrastructures moving from their susceptible positions on the East Coast to the protected areas of Colorado?’

Photos of the ‘death planet’

Meade claims to have seen actual photos of the Nibiru system on its fatal approach, taken by an unnamed astronomer in Paris.

Meade said, ‘I’ve seen it and he told me the name of the observatory he has seen it at, and he said he had a secret film of it, which he later sent me.

‘He had taken it with his phone and it is an actual photo of the system, he got out of the observatory at a very high level, and he has shared it with me since.

Meade bases his predictions on an assortment of sources including the Book of Revelation and signs allegedly written in the Pyramids.

He says, ‘‘It is very strange indeed that both the Great Sign of Revelation 12 and the Great Pyramid of Giza both point us to one precise moment in time – September 20 to 23, 2017.