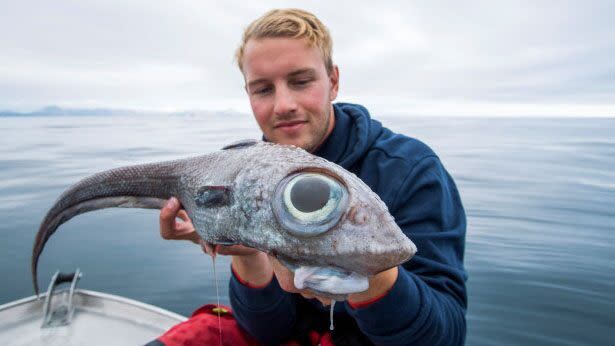 A man fishing in Norway pulled a fish out of the water that looks like something from another planet.

Oscar Lundahl, a fishing guide for Nordic Sea Angling, was fishing for blue halibut off Norway’s coast when he hooked something he’d never seen before. 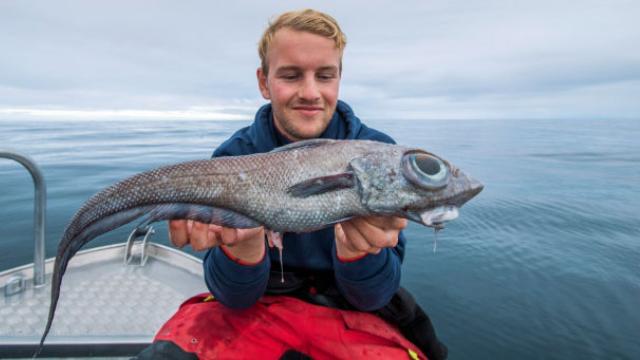 Lundahl explained what happened to The Sun:

“We were looking for blue halibut which is a rare species about 5 miles offshore. I had four hooks on one line and felt something quite big on the end of it. It took me about 30 minutes to reel it in because it was over 2,600 feet deep.”

On two of those hooks were the blue halibut he was fishing for. But on a third hook was this monster.

One of Lundahl’s colleagues knew what this alien-looking fish is. It’s called a ratfish and is a distant relative of sharks. They’re believed to be about 300 million years old and only reside in very deep, dark water, which is why its eyes are so big.

The ratfish died while being reeled in due to the change in pressure. Lundahl didn’t want to be wasteful, so he took the fish home and cooked it. “It was really tasty,” he said. “It is a bit like cod but tastier.”

by Clark Sparky The Blast 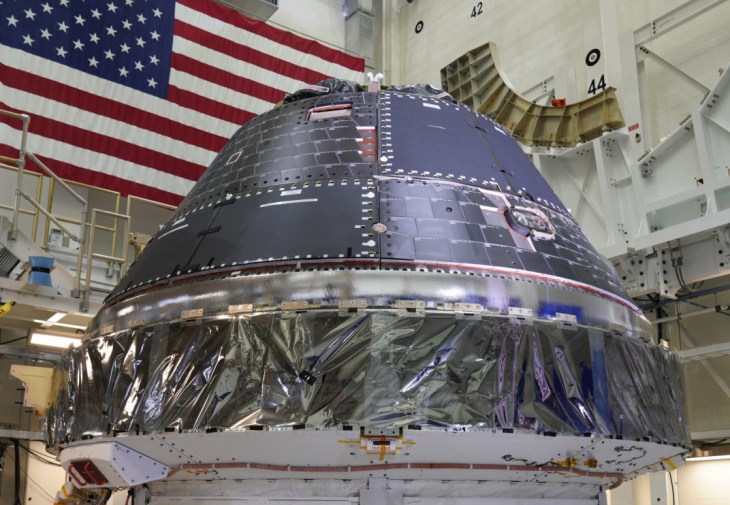 NASA’s  50th anniversary celebrations weren’t limited to just remembrances of past achievements – the space agency also marked the day by confirming that the Orion crew capsule that will bring astronauts back to the Moon for the first time since the end of the Apollo program is ready for its first trip to lunar orbit, currently set for sometime after June 2020.

Orion won’t be carrying anyone for its first Moon mission – instead, as part of Artemis 1, it’ll fly uncrewed propelled by the new Space Launch System, spend a total of three weeks in space including six days orbiting the Moon, and then return back to Earth. Once back, it’ll perform a crucial test of high speed re-entry into Earth’s atmosphere, to demonstrate the efficacy of the Orion capsule’s thermal shielding prior to carrying actual crew for Artemis 2 in 2022, and ultimately delivering astronauts back to the lunar surface with Artemis 3 in 2024.

This isn’t Orion’s first trip to space, however – that happened back in 2014 with Exploration Flight Test 1, another uncrewed mission in which Orion spent just four-hours in space, orbiting the Earth twice and then returning to ground. This mission used a Delta IV rocket instead of the new SLS, and was meant to test key systems prior to Artemis. 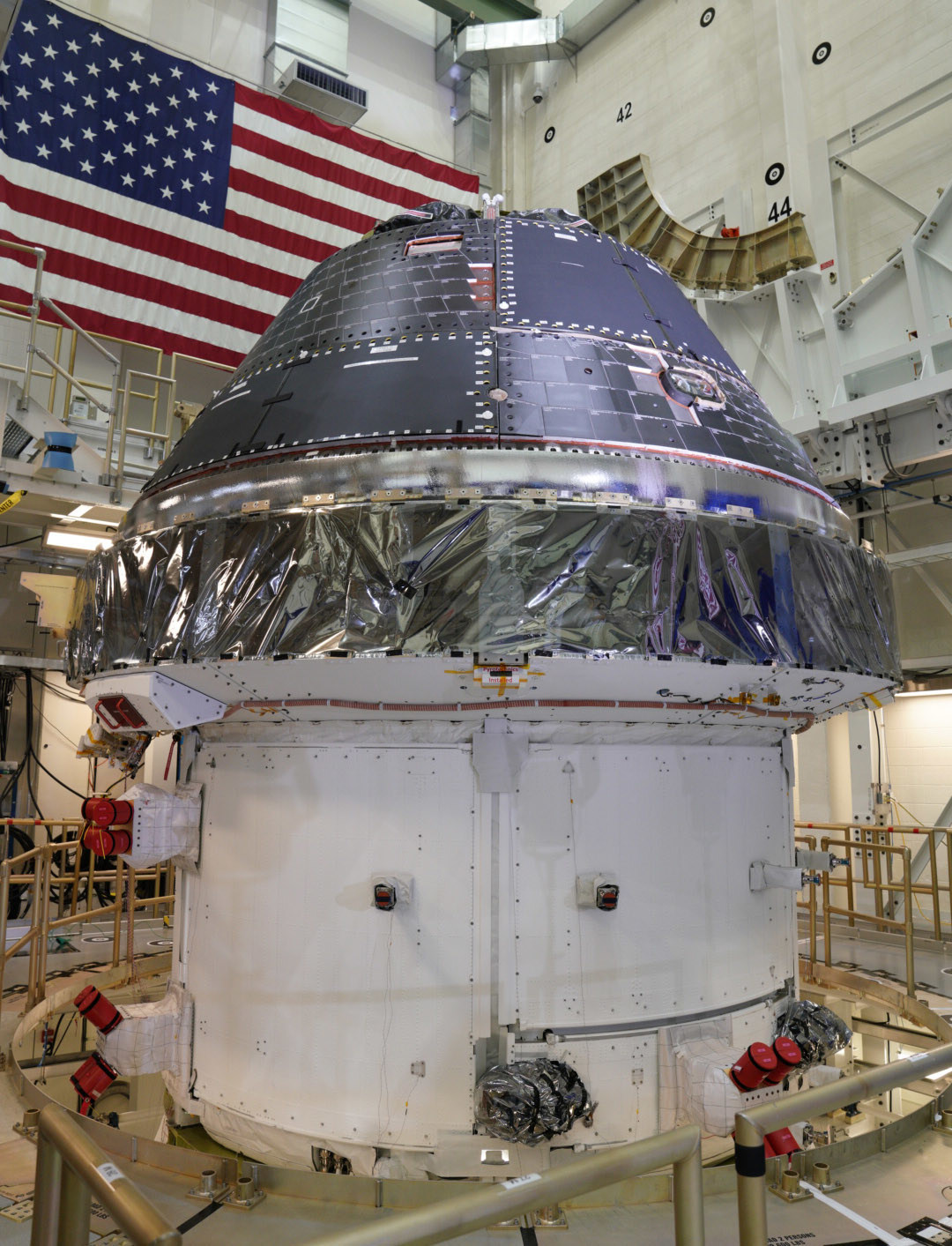 NASA contractor Lockheed Martin,  which is responsible for the Orion spacecraft’s construction, also noting that the combined crew module and service module are currently being properly integrated, and then will undergo a series of tests before returning to Kennedy Space Center in Florida by the end of the year to begin the final preparations before launch.