Greg Anderson, a Port of Seattle police officer and Special Forces veteran, has a problem with the direction this country is headed during the coronavirus pandemic.

He’s prepared to lose his job over it.

“I’m seeing people arrested or cited for going to church. I don’t know what crime people are committing for doing nails in their own house,” Anderson said in the video last week. “We have to ask ourselves as officers, ‘Is what I am doing right?’”

Pushing his defiant stance against the lockdown, he went on to say he hopes it doesn’t get to the point where we have “to defend our constitutional rights against the government.” 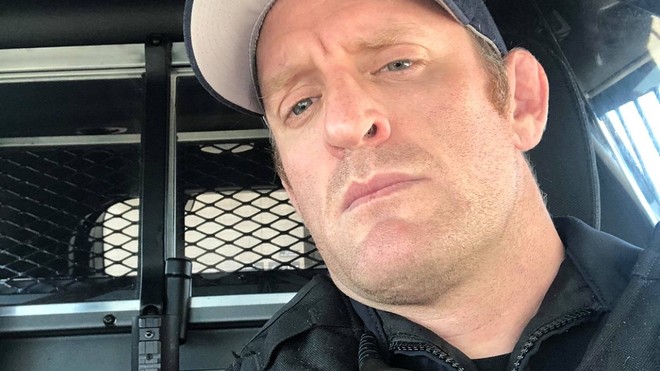 Soon after that video, Anderson was placed on paid administrative leave, and Chief Rod Covey of the Seattle Police Department addressed the move in a Facebook FB, +0.52% post Tuesday.

“It is sad that we have become such a divided country because if you got to know me and the men and women working in our police department, you’d find that in many ways we are probably not that different,” he wrote. “In my case, the one main way that we are different is that I have the responsibility to make sure that all of my officers do what we all signed up to do which is to protect and serve all Americans. And to do it while adhering to our training and our policies — all of them.”

But don’t feel too bad for Anderson, who said in a follow-up post that he expects to be fired for insubordination. While plenty take exception with his stance, he’s still getting lots of love. In fact, a GoFundMe page started on Monday has already raised more than $340,000 for him.

“He recently made a video urging officers to stand for liberty and integrity, the video has gone viral and has been positively received across the nation,” writes Jessica McLaughlin, who says she’s the best friend of Anderson’s wife. “I am attempting to raise funds for them as they are going to seek legal representation and to help cover any costs that the unforeseen future brings during this drastic change in their lives. Thank you for your kind words and support.”